Sandy is one of Omaha’s foremost women entrepreneurs.

She is at the center of Omaha’s business scene and loves to use her connections to coach and collaborate with professionals to elevate their careers and stand out in their industry. Using her 30+ years of experience building teams and inspiring leaders, Sandy can quickly and intuitively identify where organizations can improve, and strategically build a roadmap to help them produce results.

Sandy excels in supporting other locally-owned businesses, corporate executives, sales teams, and entrepreneurs to expand their vision and increase their bottom lines. Sandy is a pillar in the community, and she’s seen as the person who will get things done.

Sandy is also the founder of Women with Voices, an Omaha-based empowerment and networking group that gives women a platform to share stories of overcoming their toughest challenges and sharing their greatest successes and empower others.

I want to coach you on how to walk into any room feeling confident and ready to build connections by making a lasting impression.

Sandy has 30+ years of experience in working with executives and building sales teams, recruitment and training, public relations, branding, and fundraising.

Sandy’s career success started in retail management, where she was a district manager and won top sales awards for Vanity, The Limited, The Buckle, and Herberger’s. After 15 years in retail, Sandy moved on to media sales for cable TV, print, and radio. She created, wrote, and directed over 300 TV commercials and worked closely with locally-owned businesses and multi-owned franchisees to create advertising campaigns. She won multiple media achievement awards, including national awards like The Weather Channel Community Involvement Award and the MTV Promotion Award. Sandy was also featured in Strictly Business magazine and was nominated for and won “50 Over 50” awards.

Since 1998, Sandy has volunteered for the Norfolk Area Chamber, Columbus Area Chamber, Greater Omaha Chamber, and Sarpy Chamber in Nebraska, Siouxland Chamber in Iowa, and Yankton Chamber and Sioux Falls Chamber in South Dakota. Sandy has chaired and co-chaired the United Way (Norfolk).

She has served on many boards, including The Arc of Norfolk, United Way (Norfolk), Youth for Christ, CASA, Downtown Columbus Community (Columbus), Greater Downtown Omaha YMCA, Executive Woman International (EWI), and the 156 Maple Association (Omaha). She served on the Rejuvenating Women Committee, the Blackstone Association Fall Festival Committee, and the Whiskey Festival Board. 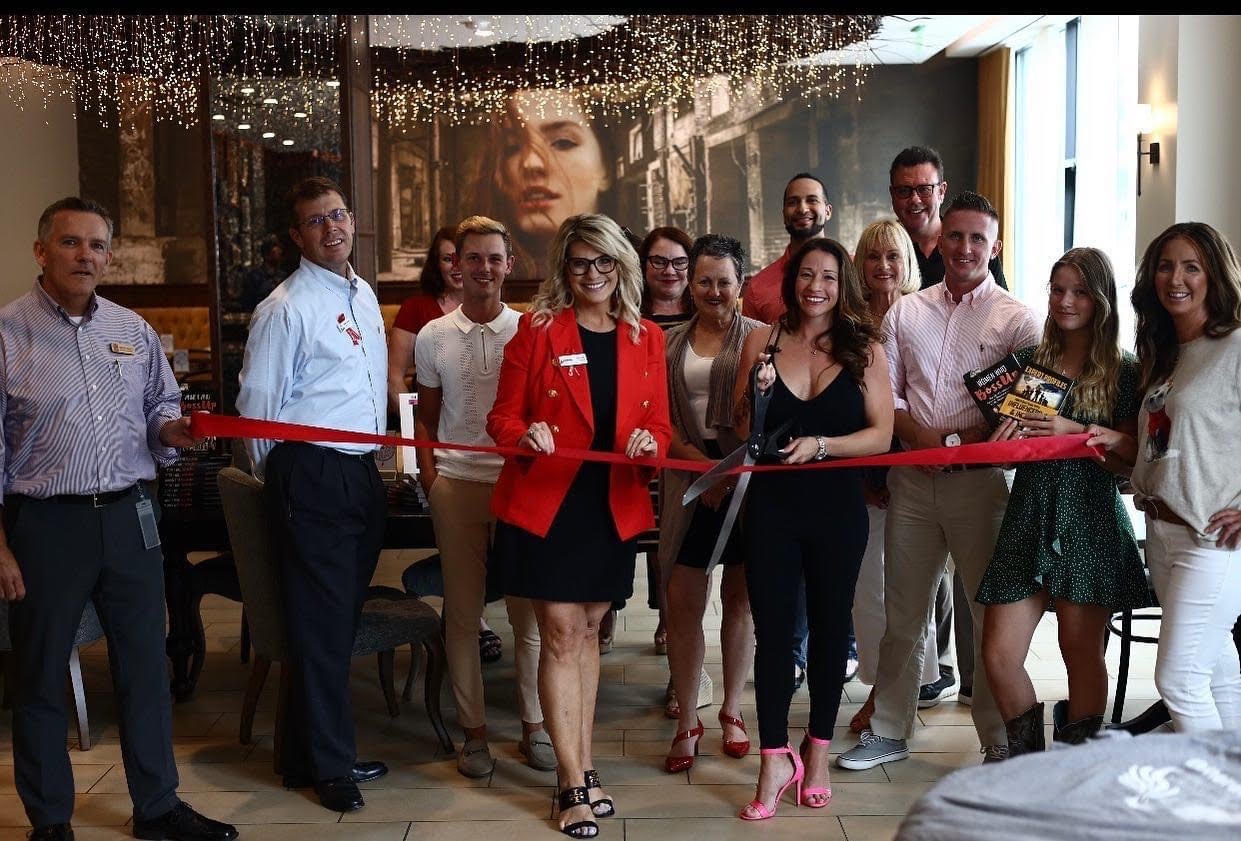 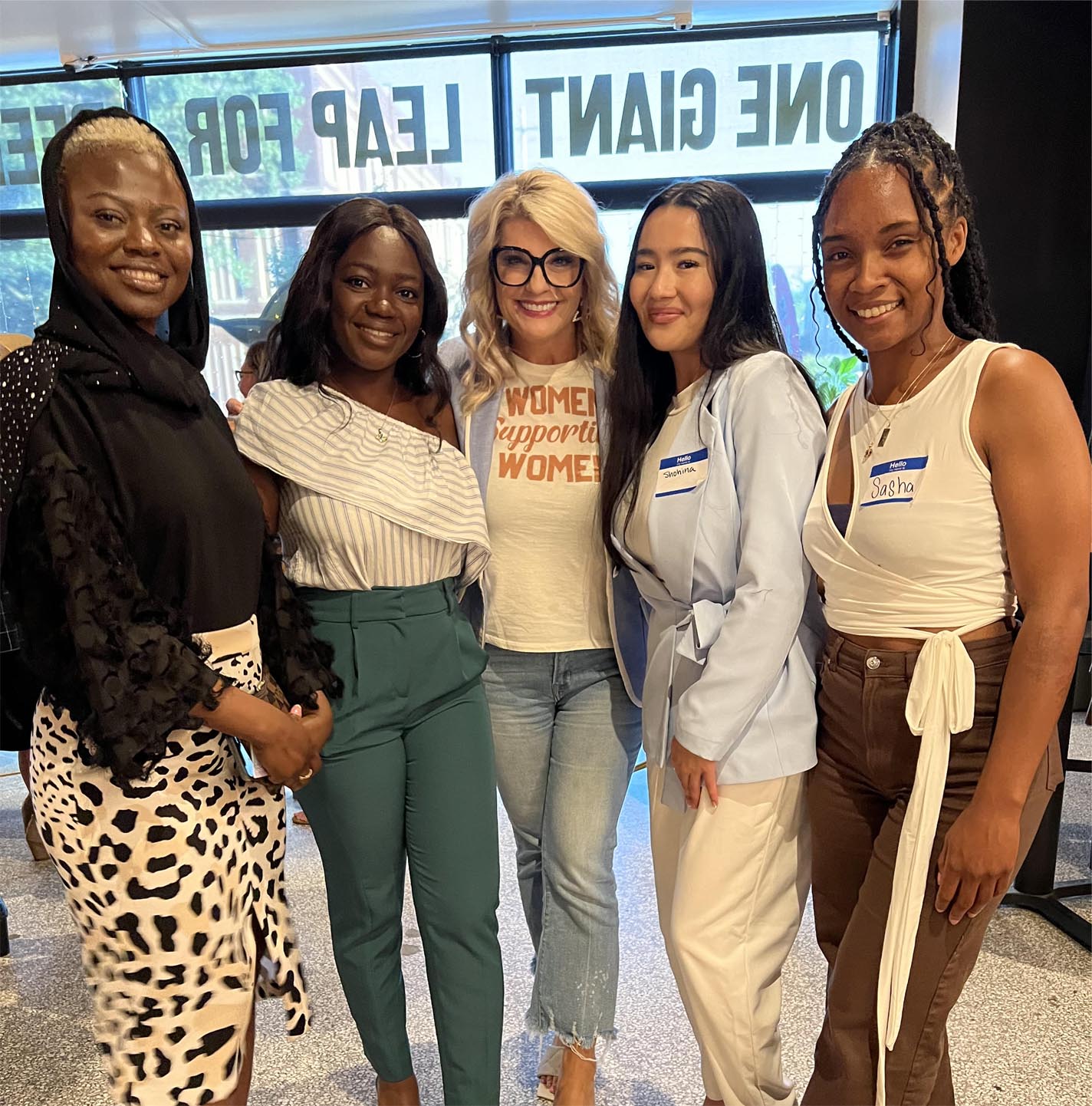 Sandy believes in empowering people and organizations to strategically identify, achieve and surpass their personal and business goals, develop their fullest potential, and equip them to excel as business and community leaders. Her core values are empowerment, honesty, and integrity.

Sandy’s self-confidence and love for the community are her greatest strengths, and she uses her knowledge and resources to customize a strategic plan to make even the most complex goals attainable. Sandy is most motivated when she hears someone say something is impossible.

Sandy is a big believer in saying “Yes” to everything. Yes to coffee invitations. Yes to volunteering. Yes to fundraising. Yes to new opportunities. Yes to happiness and challenges. She realized that the stumbling blocks on her path have only prepared her for what lies ahead, and uses her unique ability to get things done to empower others in their professions.

Sandy moved to Omaha, Nebraska in 2017 to be closer to her family and said a decisive “Yes” to everything the city had to offer.

Sandy understood the power of community early on and how support can go a long way in uplifting other people’s voices. In 2021, she founded Women with Voices, an empowerment group for powerhouse women to share their stories and build new relationships. Over twelve hundred women (and counting) have joined the group to date. Sandy is a big believer in collaboration, and she leads monthly in-person events held at local, independent businesses in Omaha to help them thrive.

In 2022, Sandy launched her business, Power Up Leadership Consulting and Coaching. She has made it her mission to bring people together to empower community businesses and organizations to be seen, heard, and thrive.

How Sandy can empower you to be your best self

Decades of boots-on-the-street experience have turned her into a sales and branding powerhouse, and as a strategy whiz, she is uniquely suited to create a roadmap for others to enable them to stand out in their industry.

Using her 30+ years of experience, her keen ability to build teams, and her dedication to the community, Sandy is an incredibly effective coach and consultant who shows people and organizations how to become unstoppable in their business. 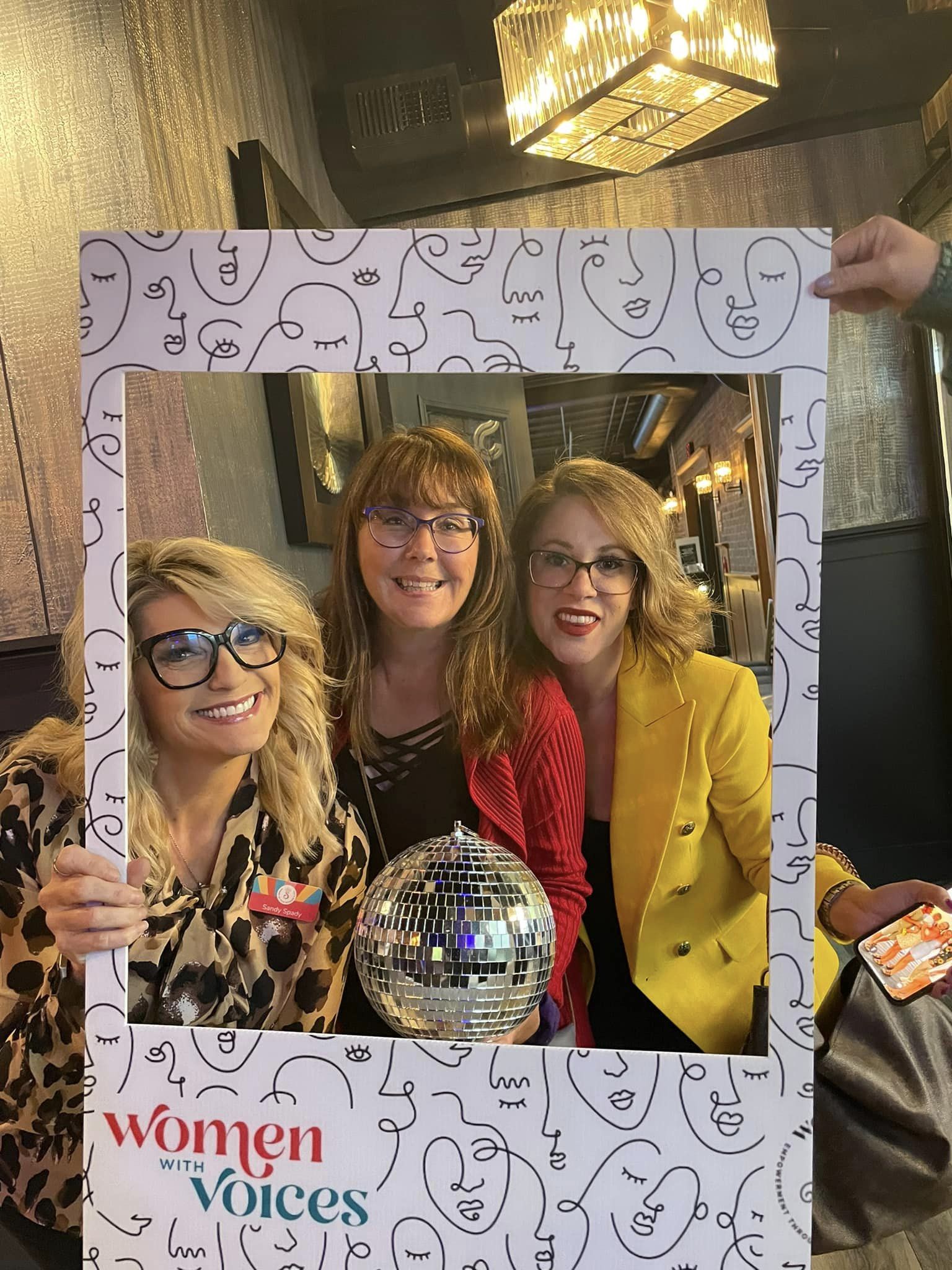 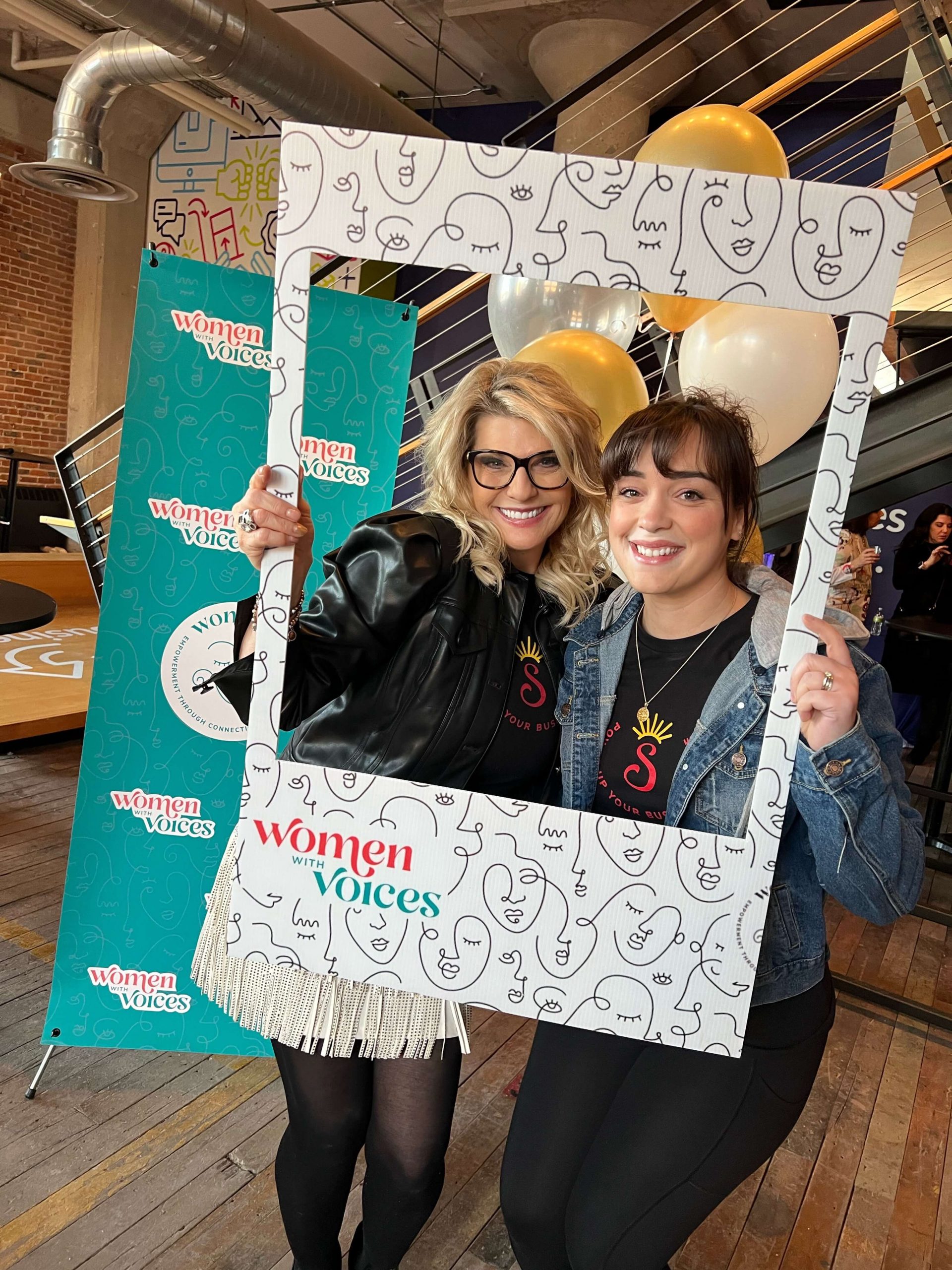 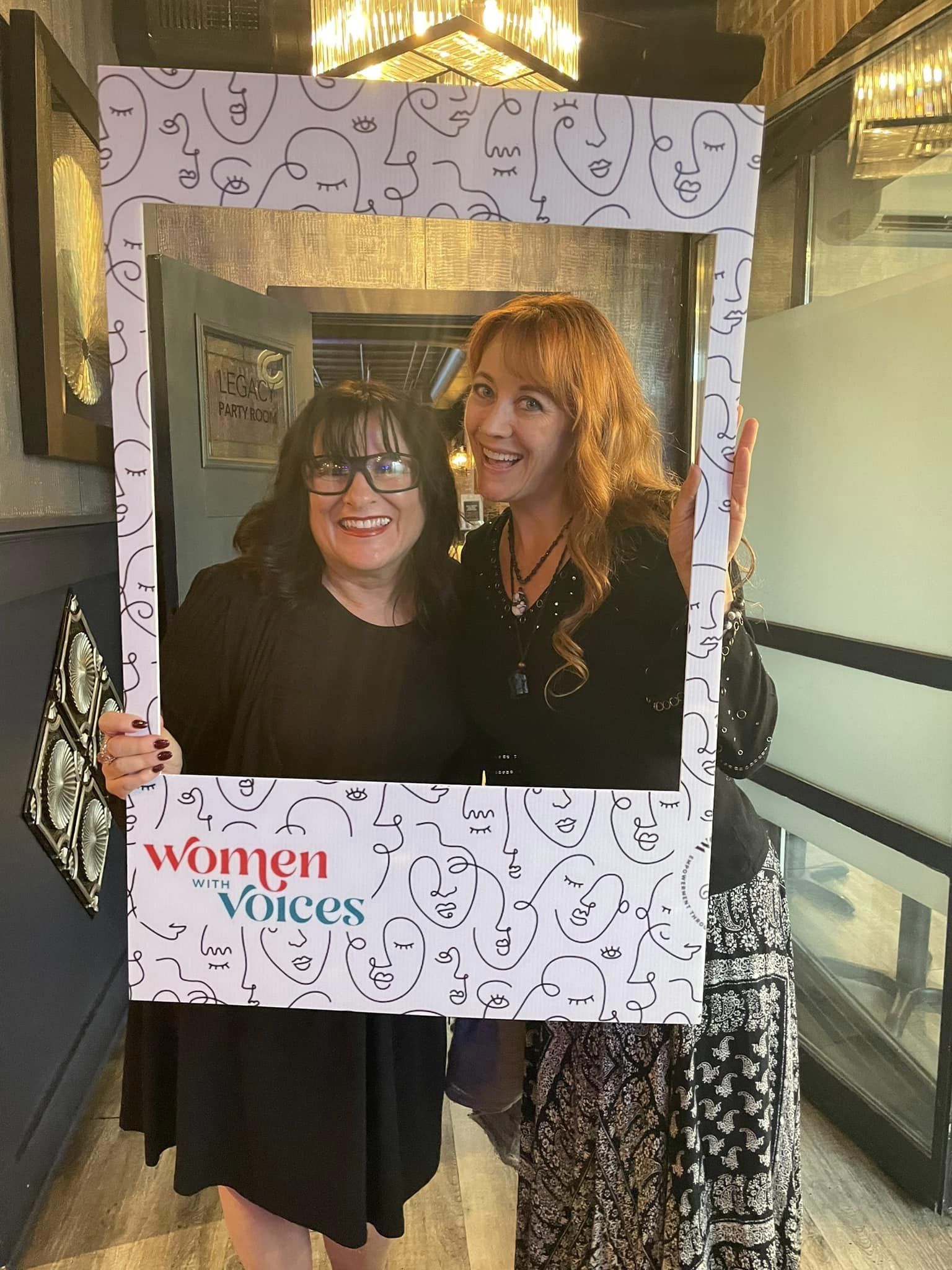